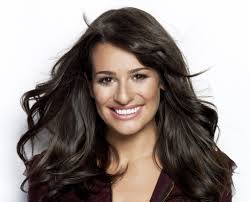 The Glee star had been seated a few rows behind the singer and her husband Jay Z. Lea felt a little star struck as she said that she couldn’t keep her eyes off the couple.

Lea said on an appearance on “The Late Show” “It’s crazy because being an actor you really try to be considerate of other people in this industry and I don’t really geek out over people,” Lea said “but there’s just something that comes over you, at least with me, when you see Beyonce”

“And I found myself being like, ‘They ordered a vodka soda. They’re drinking it. They just took another sip. She put on her glasses and now she took off her glasses’. And my friends were like, ‘What is wrong with you?’ And I was like, ‘Don’t you get it?’ They’re our royalty, at least for me!”

The star was on “The Late Show” with the “Once Upon a Time” actress Ginnifer Goodwin. Goodwin said that she had experienced the same thing when she met Sir Paul McCartney.

Goodwin said “I went to a party that Paul McCartney was hosting once and I kind of threw up happiness on him, I was compulsively like, ‘You make me really happy’. And that’s all I could think of to say. And he said, ‘Well you can come again’. I was like, ‘I will!'”

Lea did not mention her recent split from Matthew Paetz. US weekly sources said that he called it quits on their 2 year relationship without warning.