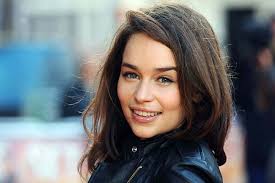 The Movie is based on book by Jojo Moyes and directed by Thea Sharrock. Fans of the book can be sure that the movie will not disappoint. The movie which is a rom/com, is a tear jerker (so be ready with the kleenex).

The film’s main stars include Emilia Clarke (from Game of Thrones) and Sam Claflin (The hunger Games). Other stars include Jenna Coleman, Charles Dance, Matthew Lewis, Ben Lloyd-Hughes and Janet McTeer. “Me Before you” is said to release in June this year by Warner Bros.

The movie is based on Louisa “Lou” played by Clark, is a person who cannot hold a job and is constantly drifting through life. After losing her job at a cafe, she has no other alternative but to accept a job as a caretaker. Lou has to take care of Will (played by Claflin) who is wheelchair bound banker.

Will was once an adventure seeker but unfortunately due to an accident, was put into a wheelchair. The story is based on finding romance and adventure in unexpected places.

Clark when interviewed about the role said on USA TODAY “It’s funny with these strong female roles,….I’m really quite clumsy, say the wrong thing all the time and am awkward at the best of times…My friends and family have seen this other person every single day.’

The director Thea Sharrock, praised both actors by saying ‘Sam literally plays the part with no movement below the neck,’ she added. ‘All he had really was facial movements. That was a challenge.’