The third and final installment of the Hunger Games has moved up and ahead of Star Wars: The Force Awakens in terms of cinemagoer anticipation.

Quite clearly, Piedmont Media Research located in the United States, found that The Hunger Games: Mockingjay Part 2 that makes its debut on November 20 in North America scored 514 out of 1000, in terms of anticipation.

In comparison, The Force Awakens, which is considered to be the most hyped movie of all time, came in second place with a score of 495. Still, this score is the second-highest that has been recorded by the company until now. 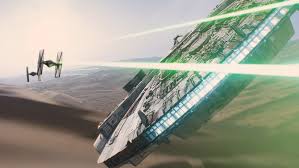 The first spot was held by Avengers: Age of Ultron with a record of 509 last year. So it should come as no surprise that it went on to make $1.4 billion at the box office.

Yet ever since JJ Abrams’ The Force Awakens trailer was released in November last year, the bookies’ have favored this making it big at the box office as well. In fact, they have billed it to be 2015’s highest-grossing film. Now, with new data, it won’t be surprising if Mockingjay 2 did better at the box office as a result.

This survey by Piedmont was conducted among 3000 moviegoers but is very different from the Hollywood tracking system that predicts which movies will do well at the box office and which ones won’t. Their analysis has been called into question ever since movies they predicted will do well failed at the box office.

Apart from these two films, Hotel Transylvania and Spectre are the next most anticipated movies of 2015.

Star Wars: The Force Awakens open on December 18 in the United States – a day after its release in the UK.