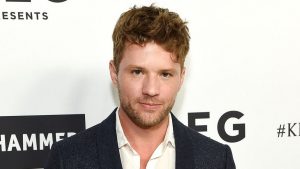 Ryan Phillippe’s rep spoke out about the allegations that the actor had assaulted his ex-girlfriend, Elsie Hewitt. The rep said that Ryan has always believed in the health, well-being, and equality of women and he is distressed about these false accusations.

Hewitt’s attorney said that the statement from Phillipe’s PR team is false as their client has photos of the serious bruises and cuts that she suffered due to the assault. They added that their client has also maintained hospital records documenting her injuries. Hewitt’s attorneys added that there are witnesses at Hewitt’s work at Guess who saw her injuries and another friend who witnessed the assault. Both witnesses are willing to testify on behalf of Hewitt.

However, insiders claim that Hewitt had visited Phillippe at his home under the influence after the couple had broken up. Hewitt had then attached herself to Phillippe and refused to leave his home. She then had to be physically removed from the premises.

The police have now rejected her claim and are not prosecuting the case based on an independent investigation.

Insiders say that Phillippe is glad that the investigation has been closed and the false allegations against him have been dropped.