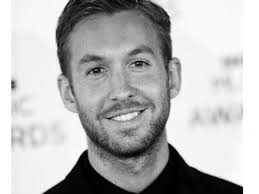 Famous DJ, Calvin Harris was “in shock” after a recent car accident.

Insiders said that “He is keeping an eye on his body to make sure he is 100% this week,” and he had informed his girlfriend, Taylor swift shortly after the accident.

“He didn’t want to alarm [her]…She was very caring when they connected on the phone when it initially happened.”

The DJ collided with a teenage female driver who was on a narrow road and drove on the centre divider of the road.

Harris had a cut on his nose and was taken to a local hospital immediately after the accident, where he was released shortly after.

A rep for the DJ said “Adam (Calvin Harris) was a passenger in a vehicle that was struck in a serious collision last night in Los Angeles,….He was examined by doctors and sustained a number of injuries. He has since been checked out of hospital and is now recovering. We wish all the other passengers involved in the incident a fast recovery.”

The rep added “As a result he was not able to perform in Las Vegas at his OMNIA [nightclub] residency and will be unable to perform tonight at Hangout Festival in Gulf Shores, Alabama.”

The star has a number of performances scheduled at Nightclubs in Las Vegas, however if he will perform for these events will greatly depend on his recovery.