2015 was filled with a number of good movies, with the year ending with the much awaited “Star Wars: The Force Awakens”. Generally January is considered a slow month for the box office, however there are a number of Films that are well worth a visit to the cinema.

The Forest (8th January 2016) – Actress Natalie Doemer (known for a role in the hit series the Game of Thrones) plays a sister who has to visit a forest in Japan to save her twin from committing suicide. The is a thriller is said to deliver psychological scares and creepy imagery. 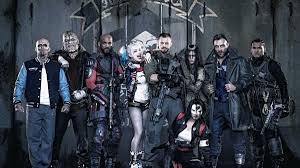 Ride along 2 (15th January 2016) – This is action comedy with Ice cube and Kevin Hart, which delivered many laughs in 2014 is back. The two lead roles head to miami to take down a drug lord (Benjimin Brat), before a wedding takes place.

13 Hours: the secret soldiers of Benghazi (15 January 2016)- Directed by Michael Bay the film’s plot is based on the 2013 book by the same name. The movie is about a 6 men team that fought to defend the American Diplomatic Compound in Benghazi. The cast includes James Badge dale, John Krasinski and Max Martini.

The 5th Wave- (22 January 2016) – The plot is based on a girl Cassie Sullivan (Chloe Grace) in a world destroyed by aliens on the quest to save her brother.The movie is based on the books by Rick Yancey. The movie is said to take the place of movies such as The Hunger Games and The Divergent series that have now come to an end.