After you’ve sat through the Martian, you’ll notice that this movie is the most loyal adaptation of the book.

Some of the dialogue has been lifted directly from the book itself. As for Mark Watney’s wit and foul-mouthed antics was also taken too.

Not surprisingly, it was well-received. Yet here are 3 difference between the book and the movie:

1: Mindy Park was not Korean-American

Park is probably the most common Korean name that you will find. Open any high school yearbook and this will be rather evident. In the movie, of course, the character was played by Mackenzie Davis. While she did justice to that role, it was very annoyingly noticeable since the director had also cast Joel Edgerton as an Egyptian. 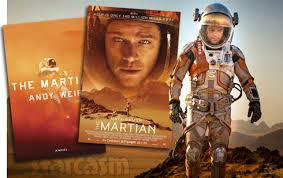 2: Things Really Don’t Go Wrong As Often As They Did

Mark goes through a number of near-death experiences in the movie. Apart from the Hab blowing up or even his crops dying, there were a number of ways by which Mars seemingly conspired to kill our plucky and snarky hero. Whether it was the dust storm or when his rover flipped over or even the time when he lost all communication with NASA just before he began that 100-day trip. What was enjoyable was the innovation he demonstrated in the renovations themselves. Of course, we got the cool nickname Captain Blondbeard from these events too.

This scene is not in the book at all. At the end of the movie, Mark is found lecturing a class of astronauts on survival if stranded on a deserted planet. Since the book had already ended by this point, it was clearly a ruse to add some more of the book’s great dialogue into the movie too.